“What day were you born?” asked a monk as I gazed up at the glittering stupa at Shwedagon Pagoda.

“Come,” he replied, leading me to a smaller shrine beneath the great pagoda. Looking at me he said, “People born on a Tuesday are lions. Aung San Suu Kyi was born on a Tuesday.” Looking at the shrine I wondered whether she had been here, but I felt honoured to be born on the same day as the great lady. The day of the week someone is born is very important in Burmese culture and it was just one of the intriguing things I was to learn about Myanmar on my travels.

Early morning is the best time to visit Shwedagon Pagoda, a vast golden temple in Yangon that is one of the most significant temples in the world. There are delicate carvings, people quietly praying, and inner shrines. It is busy but peaceful and everyone who comes to Myanmar comes here. In Downtown Yangon there are old colonial buildings, decayed with age but each has their character. Myanmar is developing rapidly and the old time warps in Yangon are a reminder of the past history here with many turning into art galleries. There are booksellers too, with outdated volumes on the pavement and street sellers trading betel nuts and fruit; or visitors can go upmarket with afternoon tea at the Strand Hotel. Wearing good shoes is vital in Yangon as there are holes in the sidewalks, few streetlights, and cracks everywhere, but it is a city to explore and to get under its skin a little. 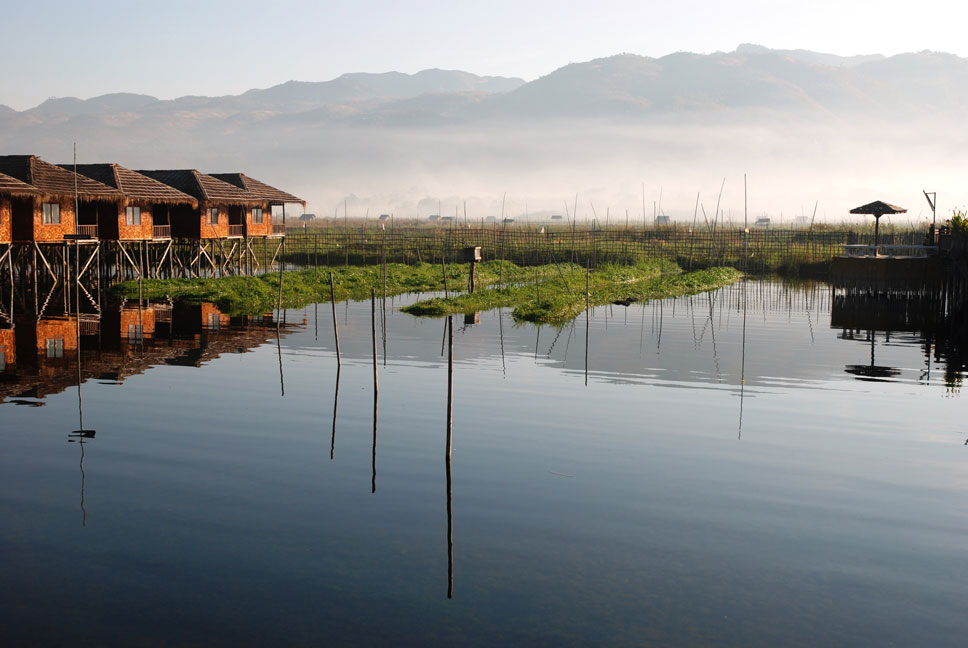 The only way to see Inle Lake is by long tailed boat which speeds through the water past communities and on to the markets and temples. The fishermen here are the big attraction with their unique way of rowing with one leg. Their baskets are manoeuvred to trap the fish live which are stored under the stilt houses in pens until needed as there is no refrigeration here.

For me, the floating gardens were the most fascinating part of visiting Inle Lake. The smell of tomatoes growing filled the air here and as the boat glided through the canals I learned more about the gardens. These had been built on water hyacinth beds and covered with manure and silt. The floating gardens are now a major producer of vegetables in Myanmar. There is a market on one of the villages every day on Lake Inle. This is a vibrant gathering of stallholders trading fish with hill tribe women carrying green tea, and a profusion of fresh vegetables. There are spice sellers too and toothless sweet traders alongside people selling gasoline in soda bottles.

As the boat moved on there was even more to Inle Lake than I could have imagined. One stilt house was a mini garage for mending boat engines. Another held a forge with men manually shaping iron tools whilst another sat above the furnace controlling the heat with a pair of bellows. There was silk weaving too and silversmithing in these quaint workshops as well as a trio of girls rolling cheroots. Inle Lake was a real community and to float by glimpsing life on the water was a real privilege.

The Road to Mandalay

Mandalay lies on the great Ayeyarwaddy River and is a vibrant city but with many traditional and historic sights. At one time this was the capital of Myanmar and the Royal Palace is a poignant place to explore. This was known as the Glass Palace and visitors can still climb the tower where the Queen famously listened to the British Army approaching from Mandalay Hill. In Mandalay the World’s Biggest Book at Kuthodaw Paya is interesting to visit and wander past the volumes on marble slabs. I also spent time watching the gold pounders at work in Mandalay, manually hammering pieces of gold leaf ready for decorations and temple offerings. This felt like hard work in the oppressive heat as well as precision hammering on tiny pieces of gold in bare feet. It was another glimpse into traditional life in Myanmar and one that is changing rapidly. Just outside Mandalay is the famous U Bein Bridge, the world’s longest teak one, and a magnificent sight at sunrise when locals travel to work. The other old capital city of Inwa lies across the river and is a tranquil place to visit, surrounded by rice paddies and still has beautiful carvings at the derelict royal buildings. It is a relic from the past but is so peaceful and a world away from the hustle and bustle of Mandalay.

The Temples of Bagan

There are thousands of temples in Bagan, another major attraction in Myanmar. These are a splendid sight when viewed from the temple platforms across the Bagan Plain but visiting them early in the day is a must because it gets really hot. One of the finest temples to visit is Ananda Pahto which is renowned for its magnificent four teak Buddhas. At Shwezigon Paya there are 37 Nats and a magnificent structure to walk around. For a sunset view the colours of the sky are superb from Shwesandaw Paya. There are so many to see here and just focusing on a few is the best way to avoid being overwhelmed by the sheer number of temples. At one time Bagan was the capital of Myanmar, just like Inwa and Mandalay, but also went into decline in the 13th century when Kublai Khan’s army invaded. Today it is just like walking through a huge museum and with each temple very different to the other. 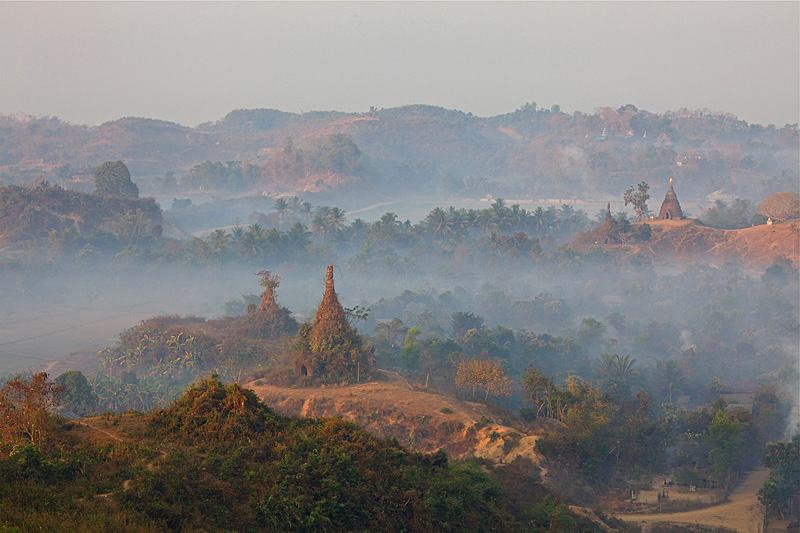 When Rudyard Kipling visited Myanmar in the nineteenth century he wrote that he felt bewitched by the country and I had definitely come under its spell as I travelled around this intriguing nation. This is a country which remains largely undiscovered in parts but is moving with the times at a pace and should be seen before it changes too much.